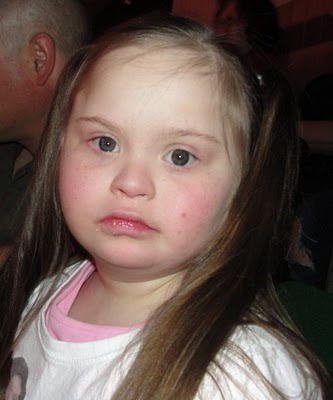 As our hearts continue to break, we reminisce on what we were doing "this time last year". I'm happy, but sad that I can recall dates of what we were doing just one year ago. I'm happy that I can remember, but so sad that I have to remember. I shouldn't have only memories of Carly. I should be able to hold her, sing with her, dance with her, play in the sand box with her, swing, take her to the park, read to her, teach her to read and write, color, play games, ride bikes, go swimming...everything that she loved to do, - we. should. still. be. doing.

This post was written a few days after we had taken Carly to the Circus at Michigan State University's, Breslin Center. The date-March 14, 2010

To the circus we went..


Sorry for lack of posts. I've been so busy the last week or so. Spring is vastly approaching and I've been trying to do some spring cleaning/down sizing.

We did take time out last Sunday to take Carly to the circus. She loved it. She was a little upset though, because she wanted to see "giraffes"! They didn't haven any. Aside from her asking a million and one times to see the giraffes, she enjoyed herself. 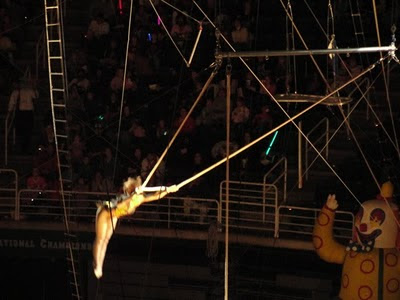 Carly really like the Ariel Artistry.
I was surprised these girls did this stuff without nets
under them. 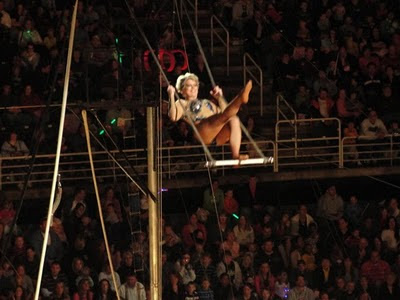 This lady was really good.
When she was done, Carly wanted "more mama, more"! 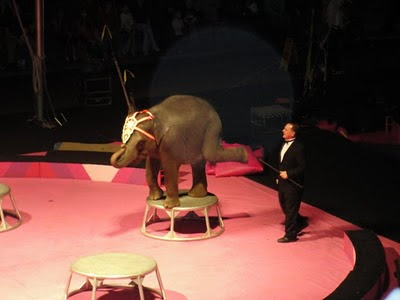 This little guy was making his first Circus appearance. 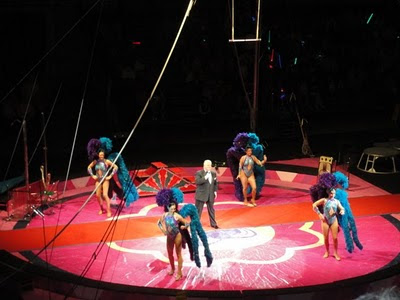 Ahh, the dancing girls. Another of Carly's favorites. 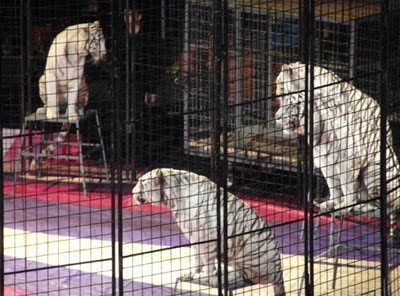 These white tigers were beautiful. They had a female trainer. Which for some reason really surprised me. No way would I be in the ring with 6 tigers! 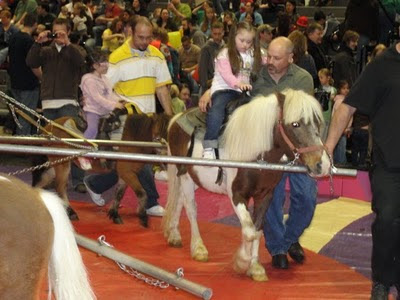 The pony rides. Carly was a little nervous getting on this pony. She refused to let go of Paul for one second.

We had a very good time. Carly really enjoyed herself. Paul and I were very impressed with the show this circus put on. It was really something! It lasted forever... close to 3 hours. But, Carly did just dandy. She sat in her seat and watched the entire show. Although, Saturday, when I finally told her where we were going on Sunday, she kept telling us we were going to the "zoo". I guess she figured, you see animals at the zoo... Silly kid!
Posted by Unknown at 10:00 AM
Labels: Finding our way

I remember this post. I remember the cute pic of Carly on the pony, grabbing daddy's shirt so tight, a horrified look on her face. Miss you sweet Carly!

I remember this post too, really well, especially when you said how Carly held on to Paul the entire time. I felt so happy and scared for her because I guess she was feeling a little scared at the time. Miss her so much and my heart continues to ache for you and Paul. Hugs from afar