A week ago, we bid farewell to our oldest child, Ashleigh who is soon to be 25yrs old. 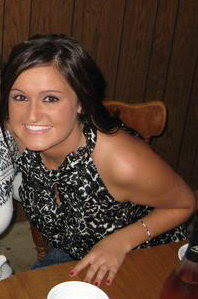 Quite some time ago, Ash decided --- since her 4yr Bachelor's Degree was not landing her a worthwhile job --- that she needed a new chapter in her life. She wanted to continue her education, without having to go deeper in debt in order to pursue her Master's Degree. And so,,, much to our disliking (although we NEVER voiced that to Ash. Honest!) she joined the United States Navy!

We are very proud of her for making this decision. Proud that she is such a determined minded young lady. Proud that she is brave enough to endure the physical and mental aspect of "military life"! However, life around here is once again...an adjustment. From buying groceries, making dinner, doing laundry (less, much less laundry!) to not having our very talkative, soon to be 25yr old exhausting us with conversation!! Someone once asked me, "does she ever stop talking?"To which I replied..."No. I can't even remember a time that she didn't talk!"

Saying goodbye to Ash was harder than I had imagined it would be. Last Monday, she had to report to a hotel in the Lansing (MI) area at 7pm for a briefing. We decided we'd go to dinner at her favorite restaurant, Carrabba's..which is just around the corner from the hotel. Ash dropped us off and headed to her mtg. Around 8pm she was back at the restaurant where she enjoyed her favorite meal. At 9:30pm (she had to be in her room by 10pm) Paul and I dropped her at the hotel. It was so hard to see her off. I haven't had that much emotion pour out of me since that horrible day in April 2010. I had that sinking feeling in the pit of my gut..again..I had uncontrollable tears..which I had hoped I wouldn't have. I didn't want to make Ashleigh feel bad. But, I just couldn't help it. Bless her heart, her last words to me that night were, "Love you mom. It's going to be okay. It really is."

As we sat and watched Ash walk into the lobby of that hotel, Paul and I both just sobbed. I didn't stop until we were 25miles away. That being said, once we headed out of the hotel parking lot, this song came on.

This was one of Carly's most favorite Miley Cyrus songs. One of MANY favorites. This song would come on the radio, while we would be driving in the car..and if Carly had happened to fall asleep, she would instantly wake up and start singing and bopping around in her car seat. She did it every. single. time. without fail! And even though the name of this song is, Party In The USA, Carly referred to it as the "butterfly song"

I mean, come on..at the very moment we pulled out of that parking lot, this song comes on the radio?!?! I think that's a pretty good sign from our little sweetheart. Telling us she is right here with us, watching over her "sissy" and all will be okay for Ash and us.

I just know that Carly has her arms wrapped around her "sissy's" neck just the way she always did.. See??!!?? 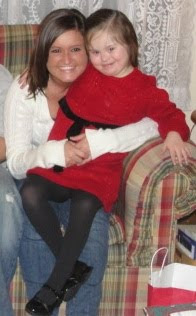 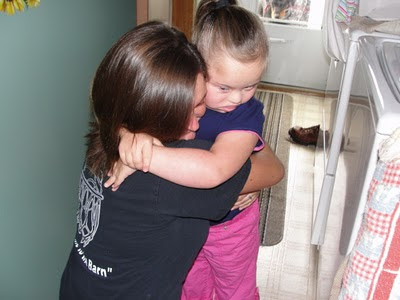 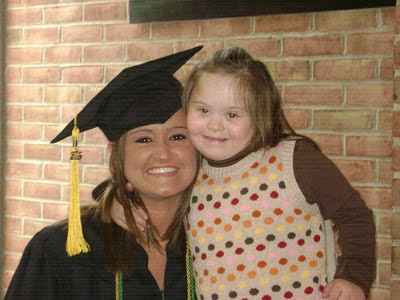 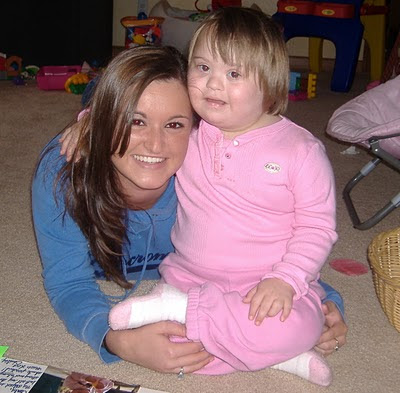 On Tuesday morning, September 20th., bright and early...Paul and I headed to Lansing to see Ashleigh be sworn in and to hug her one last time..for who knows how long. But, we didn't see her sworn in..she had been sworn in weeks ago. The little stinker didn't tell us that! Oh well, we still wanted to see her off so it was not a morning wasted. Not by a long shot! About 12:15pm, she boarded the bus that would take her to Illinois, where that new chapter of her life would soon begin.

Ashleigh did call me when she arrived on base. Unsure of the phone she was using..they weren't allowed to take cell phones. How she will survive 9weeks without her beloved cell phone is beyond me! Anyway, she called just to say that she made it and she wouldn't be calling for at least 3 weeks. She also said that she'd have her address for us in a week or so. The call lasted a whole 48seconds. I was happy and somewhat at ease knowing she was there.

As we face yet another adjustment in our family life. Again. I take much comfort in knowing that Carly is watching over Ashleigh. I just know that she is.
Posted by Unknown at 2:42 PM
Labels: Finding our way

Such a huge decision for Ashleigh. And what brave parents you are for letting her go. She sounds like an amazing young woman, "It's going to be okay. It really is."

No doubt in my mind that was Carly's way of telling you how proud she is of her sissy and how supportive she is being, even from Heaven!!!

just wanted to say we are thinking of you.

Hugs... I'm a professor at the Naval Postgraduate School in Monterey. I work with officers from all services. You'll be SO proud of her... beyond your belief :)