Last night, was a rough one. I couldn't sleep. I was sick to my stomach all through the night. I kept waking up wanting to go throw up, but fighting it. Going back to sleep, waking up, wanting to throw up...it went on and on, all. freaking. night.
As the night wore on, it hit me. I realized...that my restlessness and sick stomach was likely due to the fact that today, 10-23-11, is our 18month anniversary of losing the most precious little girl ever. 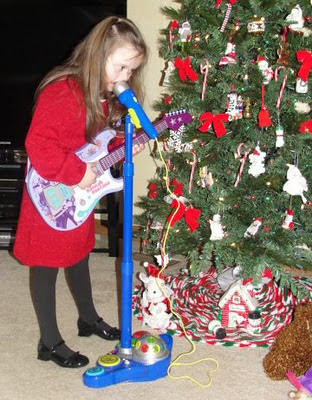 18 months ago, at this very moment, our lives turned completely upside down. We miss this little girl so, so very much. We can not believe it has been 18 long, miserable, trying months since we last heard her voice. Since we last held her in our arms. It sickens us each and every day. Our hearts forever broke, just 18 months ago.
Today, we are sickened even more. More than I EVER thought possible. Our hearts are no longer broke...they have completely shattered. Shattered, very likely, forever.
15 days ago, we lost our precious, only son. Much to the rumors that have surfaced...which are completely off base. Actually, ALL of them are WAY off base..We have some really mouthy firefighters, who we WILL see reprimanded in the very near future for running their mouths and gossiping over an on going State Police investigation. They had rumors soaring even BEFORE we, Brad's family, were told that in fact, a body had been discovered inside of our home. 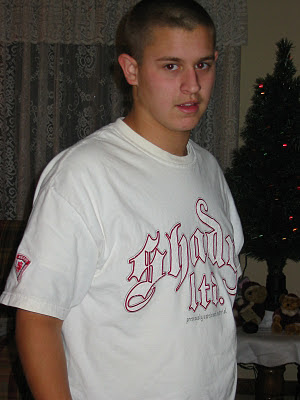 As far as what took place, I can not say much about it. (police instructions). What I can say is this, our son, our ONLY son, Brad lost his life on October 8, 2011. Our home is pretty much a loss too. Fire broke out and Brad did not survive. I wish so badly that I could clear the air of all the gossip/rumors that are going around. I will/can say this, Brad WAS NOT COOKING METH...that IS an all out lie. Nothing but a rumor and gossip. Which to us, is very disrespectful to our son's name and to our family.
We thought that life could not get any worse for our family. We were wrong. On that horrific night of the fire, Paul and I left our home at about 5:15pm. We left Brad in our home, and headed to Auto Zone to pick up a part for Ashleigh's car. After Auto Zone, we stopped to eat dinner at one of our favorite steak places. At 6:03pm, I placed a call to Brad's cell phone. He answered. I asked him if he wanted us to pick something up for him for dinner because I was not going to be cooking. He asked me where we were. I told him. He said, "Sure, I'll take a steak." I asked, "medium well?" He replied, "No, medium. And I want steak fries too. How much longer are you going to be?" I answered him, "about 1-1/2hrs." To which he said, "okay, bye." At approximately 7:25pm (we were headed home with Brad's food) my cell rang, it was my girlfriend, Vivian, asking me where I was. I told her that we were in Lansing. What she said to me next, made my heart STOP. Completely stop. Viv said, "Joany, your house is on fire." I think I hung up on her, not sure. I started frantically calling Brad's phone. He never answered. Paul held the gas pedal to the floor, turned on his flashers and I'm quite certain our tires never hit the pavement. In between frantically calling Brad's cell, I then called my parents, no answer. I called my brother and told him to get to my house. (My brother and sister in-law are about 12miles from our house.) I also told him I couldn't get a hold of Brad, he wasn't answering his phone and that our house was on fire. I then called my girlfriend, Tracy, who lives about 5minutes from us. I told her to get to my house, which she and her husband both did.
As Paul and I pulled in as close as we could to our home, we looked frantically for Brad. We ran toward our home, only to be stopped in our tracks by the Michigan State Police. We looked around, past the cop, we just knew he would see Brad standing outside with my girlfriend and my brother. He was not. The State Police were putting crime scene tape around our entire yard. We were told, "this is a crime scene" You see, something took place within our home. Something that we have been told very little about, as of yet. People only speculate. Many things were not right within our home that night. Whatever happened took place in just about 1hr. From the 6:03 phone call I placed to Brad, to around 7pm when my girlfriend, Viv's brother just happened to be driving past our home. He was the first on on the scene. He called 911 at 7:11pm.
We are in shock to this day. We are physically sick. We are numb. We are lost. We are devastated.
We've lost our son. We've lost our home. We've lost who we are...again. 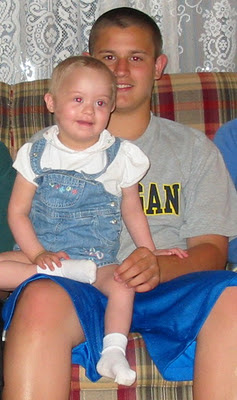 The above picture is one of my favorite pictures. This pic shows the love between a brother and his little sister. Although our hearts are shattered, we try to hold on to the fact that two of our precious children are reunited.
Brad and Carly had their "thing", so to speak. Brad ALWAYS insisted that Carly give him high 5's. Always. Whenever their paths crossed, which was often,,,we'd hear Brad say, "Carly, high 5. Carly, use your left hand." (for those of you who remember, Carly had swelling of the brain during a nearly fatal blood infection while on chemo. The swelling affected her left side, mainly her arm and hand. This was Brad's way to get Carly to use her left hand.) And she would do as her "Bubba" told her! But then, as he walked away, she would throw out her infamous, 'flipping the bird' at him. It was typical brother bothering little sister and little sister getting irratated with her big brother. It was their thing. We know that Carly greeted her "Bubba" with that very infamous 'flipping the bird' and he greeted her with many high 5's.
Although we know they are together, it makes it no easier for us to bear this horrific loss. We stand at the foot of Brad's grave in absolute disbelief. We glance over to Carly's grave and the feeling we get is just nothing we can even begin to describe. When the plots at the cemetery were purchased, 18months ago, 4 were bought. paul will be to the right of Carly (that's how we slept each night) and I will be to the left of Carly...Brad was laid to rest to the right of where my final resting place will be. I will be buried between 2 of my children.
**forgive me, I'm using my mother's computer and for some reason, I've had a terrible time trying to get my blog to look "right". Excuse the run on sentences/paragraphs...I don't feel like sitting here trying to make her computer do what I want it too. It looks okay on my end, until I hit the preview button** No title either...nothing seems fitting to me.
Posted by Unknown at 10:45 AM
Labels: Finding our way

I only have prayers. My Mom and I are going to the Temple on Thursday. I'll add your and your family's names to the prayer roll. This will insure hundreds and hundreds of people will be praying specifically for you during each and every Temple session.

Of course your son was not the source of this. Know that there are many who know this too. xoxo

No words Joany. Only broken and hurting hearts for you, Paul and Ashleigh.

Just love from us sweet friends. Just so much love. Wish it were enough.

again, we gather to wrap you in Comfort. Girlfriend, this is unbelievable...there are no words, just love pouring out from across the country, right into your heart.

I am impotent and failing as a human being....

we all feel that way

give us something to work on.

I wish I had some words of comfort for you. I don't even know what to say, but all I can say is that you and Paul and Ashley are in my prayers and thoughts everyday! I know the pain of this will never ever go away. I'm hoping you all will find some peace. And there are so many of us (that have never met you) that are standing behind you.

Praying for your protection from rumors and for peace for you as you walk this path.
Love the pic of Carly and Brad, I can see why it is one of your favorites. Beautiful.

prayers and healing thoughts your way. May peace be yours in the coming days...
Kristin

Oh my. I can't believe people would spread such ugly rumors. Just for the record, not that it's going to make you feel better, I haven't seen one of those rumors on facebook, or blogs. Only wonderful things about your family. Still thinking of and praying for you.

My heart breaks for you. I am so beyond devastated not only for your loss but for the fact that people are being so incredibly hurtful to you and your family with their ugly words. Please know, even though its hard, that for every naysayer, there are threefold as many of those that are offering all of our love and support and all of our hearts to you during this horrific time. I wish I could do something more. I wish I could help, I wish I could turn back time. I wish, I wish, I wish. All I can do is offer my unwavering love and support. If I can help in ANYWAY, just ask. Sending all the love, light, healing, prayers, and all good that I can to you, Paul, and Ashleigh. ♥

Whatever happened, it is a tragedy. Our cousin's son, about the same age, fell asleep while smoking in his bedroom, destroying that part of the house and burning himself terribly. Yes, some illicit doings, there too. Some of these young men are depressed, confused and at a loss. He's recuperating now after years of surgeries , skin grafts, counseling.

Prayers to you and your husband and daughter. It can be a painful journey here on this earth, and none of us know why these things happen.

Breezi@ Not Your Average Fairytale said...

I wish I could wrap my arms around you and give you the biggest hug in the world. I have only just "met" you tonight (I got your blog link from a friend a few hours ago)- and yet, just by reading your blog, I have found myself a changed person. Your sweet family will always be on my mind.

I am so sorry for your losses. Such senseless tragedies.

My prayers are with you and your family.

I can not imagine and I am so, so sorry.

If you prefer, won2xx at gmail dot com

I am soooo sorry.

You have NO reason to be sorry and EVERY right to be angry about many things. It doesn't matter HOW your child died! The fact is, you have another loss...and if people can't respect that and feel a need to spread rumors...well, then they aren't friends to begin with. :( Some people really need to get a clue. Maybe you should hand them a few;)